“You certainly are qualified to rank as a chartered member of Blandings!”

“You certainly are qualified to rank as a chartered member of Blandings!” 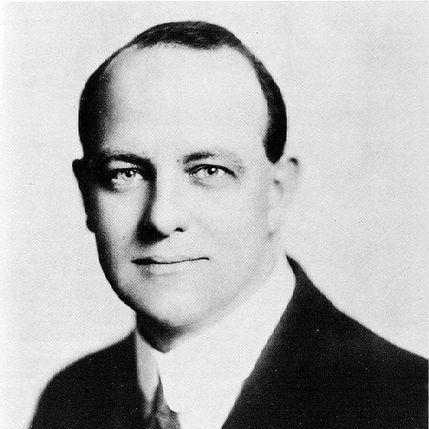 Unbeknownst to many who admired Russell for his great intellect and peace activism, he was a life-long reader of popular fiction. One of his favourite authors was P.G. Wodehouse. Russell so enjoyed Wodehouse’s work that he wrote him a fan letter in 1954, telling the author: “In common with the rest of mankind, I derive great pleasure from reading your books.” Russell then went on to “far more weighty matters,” outlining his common characteristics with the fictional Bertie Wooster of the Wooster and Jeeves stories, as well as with the fictional residents of Blandings Castle: “My name is Bertie; I had an aunt called Agatha and an uncle called Algernon; I came within an ace of being called Galahad; and my great grandfather put a plaque in his garden to commemorate a victory over his head gardener.”

Wodehouse’s equally entertaining reply is featured here. He tells Russell: “I am very proud to think that you have enjoyed my books.” He then goes on to honour Russell with: “You certainly are qualified to rank as a chartered member of Blandings!” (This is the only exchange of letters between them in the Russell Archives).

Russell’s interest in fiction was not limited to Wodehouse. He also devoured detective novels. As early as 1912, he wrote to his friend Lucy Donnelly that he had been consuming “endless detective stories”. Nearly 50 years later, in 1961, he and his wife Edith were pleased when the local vicar dropped off several detective novels for them. What is not known with any certainty is exactly which stories he was reading. In a 1951 letter to his friend and American tour organizer, Julie Medlock, he claimed: “I never notice the name of the author when I am reading his (or her) book, and I forget the detective stories I read within a week of reading them.”

An exception likely would have been the Nero Wolfe novels by Rex Stout. Russell and Stout met after Russell’s 1924 debate with American socialist, Scott Nearing, at New York’s Carnegie Hall. Russell and Stout became friends, with Russell enjoying Stout’s generous hospitality, and Stout in awe of the older man’s intellect. Like Russell, Stout also appreciated the work of Wodehouse, who was a personal friend. While it is interesting to speculate that Russell may have met Wodehouse through Stout, there is no evidence that he ever did.

There are eleven P.G. Wodehouse novels in Russell’s personal library at the Russell Archives, but none by Rex Stout nor any other author of detective fiction.

Thank you so much for your letter.  I am very proud to think that you have enjoyed my books.  (I read ‘Satan’[1] the other day and loved it).

You certainly are qualified to rank as a chartered member of Blandings!  Not to mention 3 A Berkeley Mansions, London W.1., which, I have just discovered, is Bertie’s address.

I was sorry to see in the paper that you have been ill.[2]  I hope you are all right again now.

With best wishes
Yours sincerely

[1] Wodehouse is referring to Russell’s 1953 work of fiction, Satan in the Suburbs. Russell must have been pleased by this comment as his forays into fiction were generally not regarded as highly as his non-fiction works. 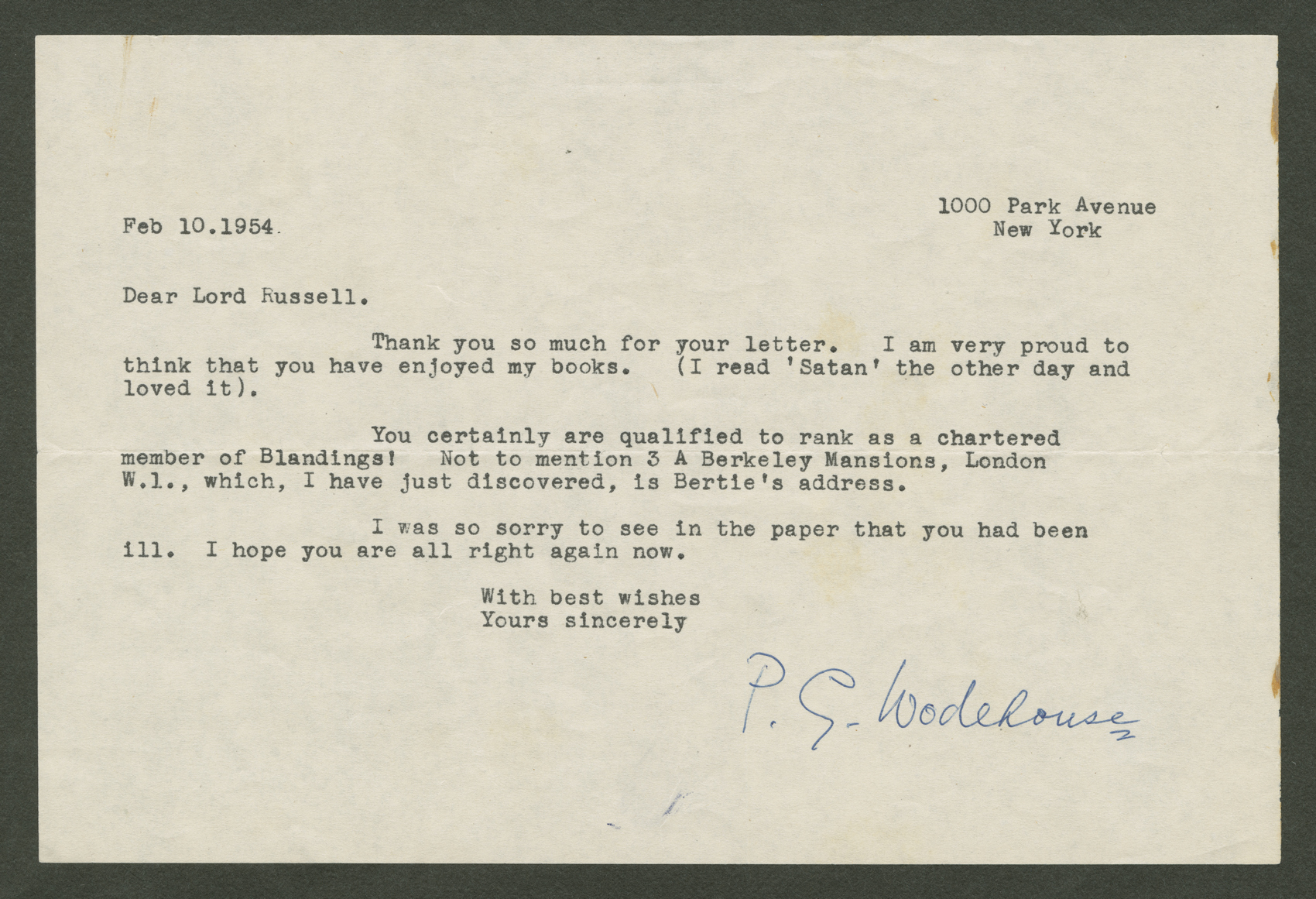 Bertrand Russell Archives, Box 5.57, Document 057844. Used with permission of the P.G. Wodehouse Estate via Rogers, Coleridge & White Ltd, London. Copy provided for personal and research use only. For any other use, permission of the copyright holder is required.