"I hope that you live forever"

"I hope that you live forever" 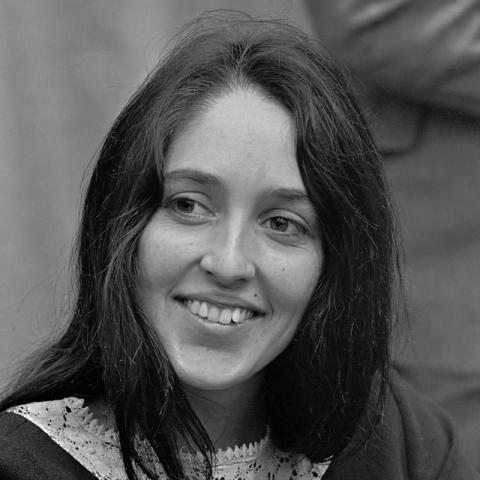 American singer-songwriter and activist Joan Baez (b. 1944) was one of hundreds of people who sent good wishes to Russell on the occasion of his 95th birthday in May 1967. In the telegram displayed here, she tells Russell: “I hope that you live forever.” Along with other young musicians of the time, including Paul McCartney, John Lennon, and Yoko Ono, Baez was inspired by Russell’s stand against nuclear weapons and the Vietnam War.

In a Washington Post article from June 29, 1979, Baez recounted a meeting with Russell. Assuming the meeting took place in the 1960s (given Baez’s age), Russell would have been in his 90s and not in his 80s, as Baez states. "I met Bertrand Russell once when he was in his 80s and we sat in his little room and he served us tea. I said, 'All right, Bert, let's get on with it. What do you think our chances are?' 'Our chances of what?' he asked. 'Of survival,' I said. And he said that if people started turning things around in the next 20 years we could make it, and I asked what the chances of that were, and he said, 'Probably none.' So we laughed and ate our little tea cakes. And then you just get on with it. For me, it's all part of having had a Quaker upbringing. You tell the truth as you know it."

There is no indication in the Russell archives that a reply to Baez’s birthday telegram was ever sent, nor is there any other correspondence between them. Russell died two-and-a-half years later, on February 2, 1970. Baez, in part inspired by Russell, continues her crusade fifty years later.

Happy Birthday.[1] I am glad that you were born. I hope that you live forever and that you see a world of non violence and brotherhood. 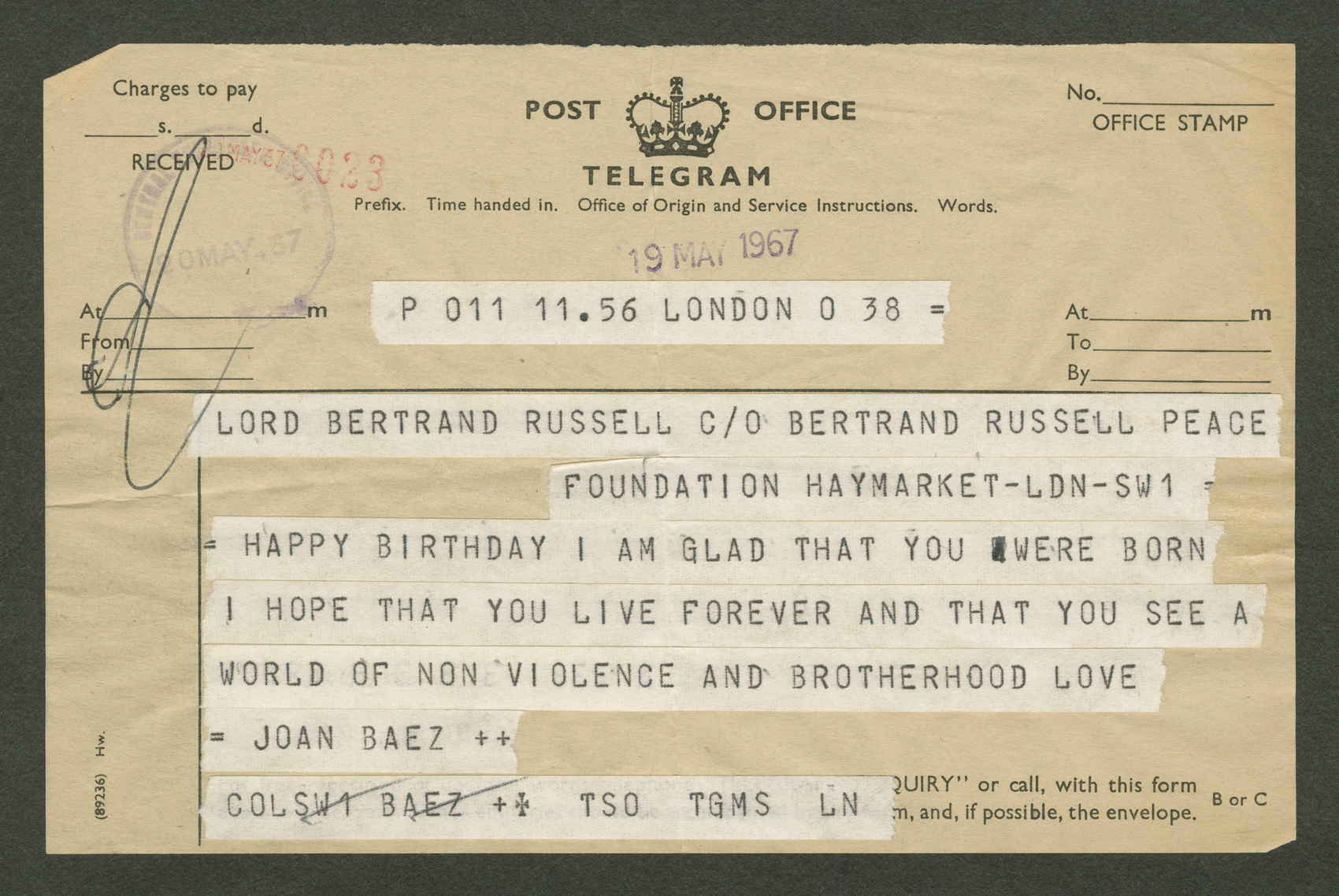 Bertrand Russell Archives, Box 11.69, 95th Birthday. Copy provided for personal and research use only. For any other use, the user assumes all risk.