“I was told that you were in prison. This is to send you my love.”

“I was told that you were in prison. This is to send you my love.” 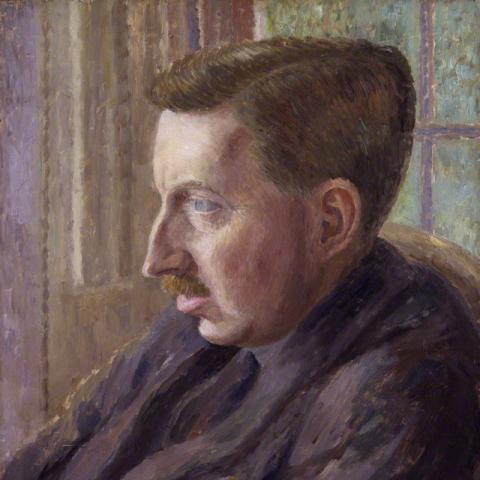 By the time of this 1918 letter, E.M. Forster (1879-1970) was already the celebrated author of four published novels, including A Room with a View (1908) and Howards End (1910). He and Russell had become acquainted when Forster was an undergraduate at Cambridge from 1897 to 1901 while Russell held a fellowship there. Both were members of the elite Cambridge intellectual group known as the Apostles. Like many others in Russell’s circle, Forster would become involved with the Bloomsbury group, and the two would frequently find themselves at the same social gatherings.

When the First World War broke out, Russell would see something of a kindred spirit in Forster and others of their mutual friends and acquaintances who opposed the war. Their approach to opposing the war, however, was very different. Forster quietly volunteered with the Red Cross and was stationed in Alexandria, Egypt, from where he wrote this letter. Russell took a more vocal and public stance. As he wrote in his Autobiography: “I knew that it was my business to protest, however futile protest might be. My whole nature was involved. As a lover of truth, the national propaganda of all the belligerent nations sickened me. As a lover of civilisation, the return to barbarism appalled me. As a man of thwarted parental feeling, the massacre of the young wrung my heart. I hardly supposed that much good would come of opposing the War, but I felt that for the honour of human nature those who were not swept off their feet should show that they stood firm.”

Russell’s anti-war position caused him a great deal of personal difficulty, including a sentence to Brixton prison in 1918. He had long been a thorn in the side of the British government, and they moved against him after Russell’s article ‘The German Peace Offer’ appeared in The Tribunal, the newsletter of the No-Conscription Fellowship, in January 1918. It was not Russell’s support of the German peace proposal that officially caused the authorities to act, but rather it was his passing reference to the fact that American soldiers could be used as strike breakers in England as they had been used in the United States that gave them their opening. For this passage he was charged and convicted under the Defence of the Realm Act for making a statement "likely to prejudice His Majesty's relations with a foreign power." It was upon hearing of Russell’s sentence that Forster was prompted to write.

The letter is brief and affectionate—“I was told that you were in prison. This is to send you my love.” There are only three other personal letters from Forster to Russell from the early 1900s in the Russell archives, and then a few exchanged between them in the 1960s. Forster is barely mentioned in Russell’s Autobiography (though this 1918 letter is published there), thus perhaps revealing that their friendship did not have a deep impact on Russell, either positively or negatively. But despite this lack of documentation, they would remain friends for the rest of their lives. It was of great delight to Russell that Forster attended his 90th birthday celebration in 1962 and was one of the friends to make a speech on that occasion. Eight years later, in 1970, Russell and Forster would die within a few weeks of each other.

In the middle of a six course dinner at the Club[3] last night I was told that you were in prison.[4]  This is to send you my love.  I suppose they will let you have it when you come out.
Here all is comfort and calm.  One will become very queer indeed if it, and the war, last much longer.

[1] Forster served with the Red Cross during the First World War and was stationed in Alexandria, Egypt.

[4] While Russell was sentenced to prison in February, he would not begin serving his sentence until after his appeal was completed in May. He was in Brixton prison from May to September. 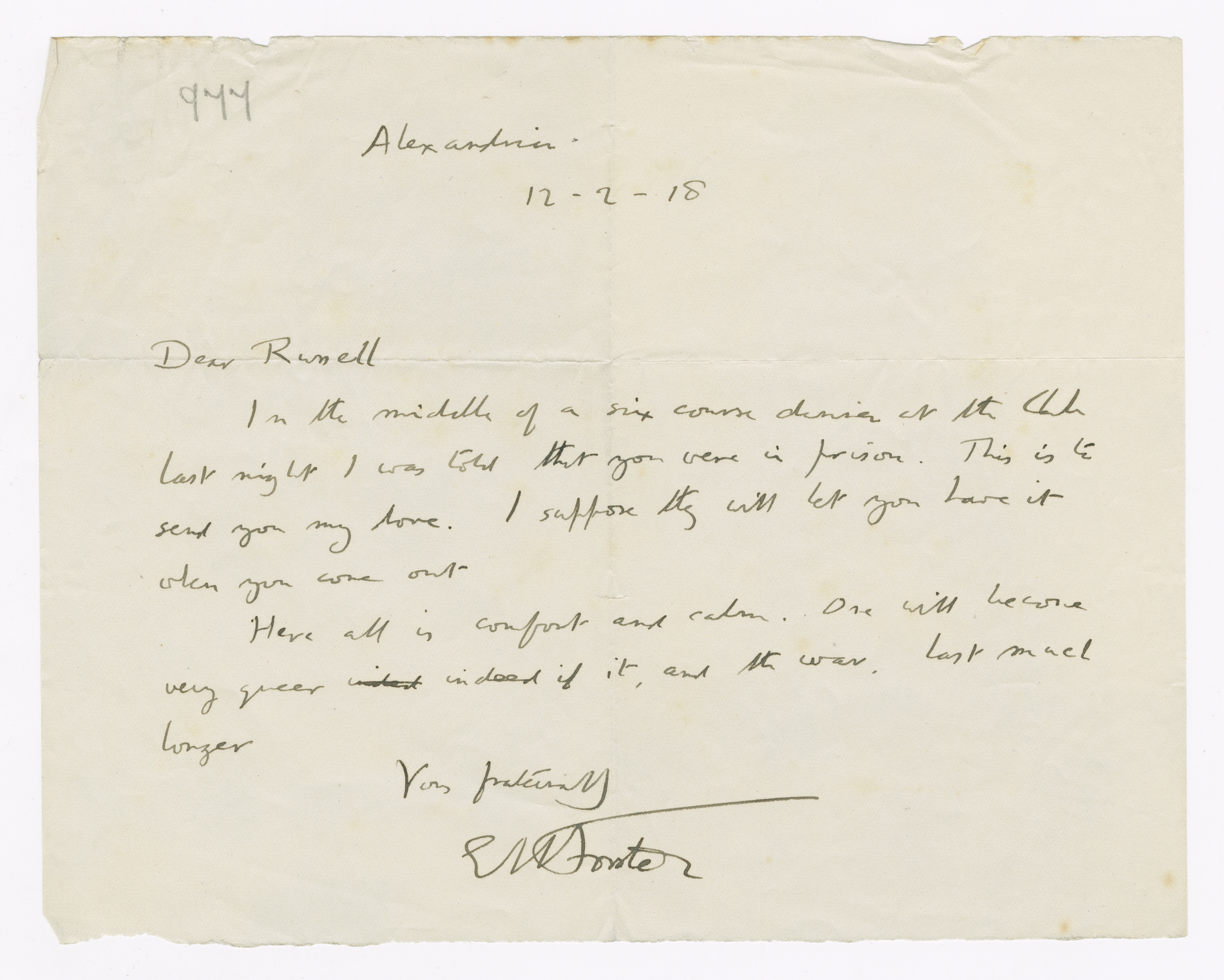 Bertrand Russell Archives, Box 5.17, Document 050037. Used with permission of The Provost and Scholars of King’s College, Cambridge and The Society of Authors as the Literary Representative of the Estate of E.M Forster. Copy provided for personal and research use only. For any other use, permission of the copyright holder is required.